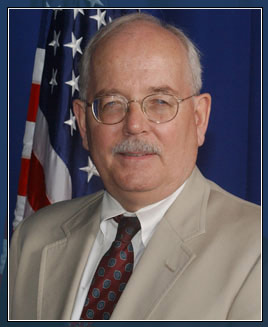 Francis (Frank) W. Foote is the Director of the Regulations and Rulings Division, Headquarters Operations. In this capacity, Mr. Foote directs the development of regulations, rulings and regulatory interpretations, as well as internal orders and directives.

Mr. Foote is a graduate of Washington and Lee University and the National Law Center of The George Washington University. After graduating from law school in 1970, Mr. Foote joined the Office of the Chief Counsel of the Bureau of Customs within the Department of the Treasury (subsequently the U.S. Customs Service and now the Bureau of Customs and Border Protection within the Department of Homeland Security) and transferred to another Customs legal office, the Office of Regulations and Rulings, in 1975. His last 13 years with Customs prior to his transfer to TTB involved primarily the drafting of regulatory documents for publication in the Federal Register. These duties included, among a number of major trade-related projects, the drafting of the interim and final regulations implementing the customs aspects of the North American Free Trade Agreement (NAFTA). Mr. Foote's experience also includes 5 years working for the Customs Co-operation Council (an international customs organization, now the World Customs Organization) in Brussels, Belgium, and four years managing a branch private sector law office in Washington, D.C. dealing with customs and international trade matters.