Prohibition Agent Eliot Ness knows all there is to know about TTB and the regulated industries. Take a look below to see his answers to popular questions.

TTB. A proud past… a focused future. 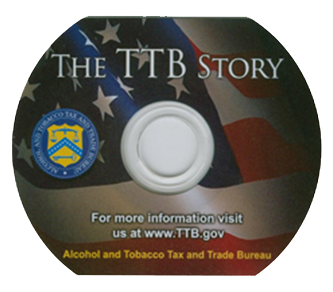 The history of taxation and regulatory control on the alcohol and tobacco industries is as old as our nation itself. Since 1789, the United States Treasury Department and its Bureaus have played an integral role in writing its history and in defining our nation's identity. The Department's work with the alcohol and tobacco industries has been carried out by numerous agencies under just as many names, but those individuals serving to uphold the government's interests share in more than two centuries of dedicated service to the American people.

Today, Treasury's work with the alcohol and tobacco industries is carried out by the Alcohol and Tobacco Tax and Trade Bureau, or TTB, which was created eight years ago on January 24, 2003, when the Bureau of Alcohol, Tobacco and Firearms was reorganized under the provisions of the Homeland Security Act of 2002. The Act called for the tax collection functions to remain with the Department of the Treasury, and TTB was born. TTB’s mission is to collect alcohol, tobacco, firearms, and ammunition excise taxes; to protect the consumer of alcohol beverages through compliance programs that are based upon education and enforcement of the industry to ensure an effectively regulated marketplace; and to assist industry members to understand and comply with Federal tax, product, and marketing requirements associated with the commodities we regulate.

While TTB is the newest Bureau under Treasury, the roots of its vision and mission date back to the creation of the Department. It was a Treasury agency that in 1791 collected the first source of tax income for our new Republic: an excise tax on distilled spirits. These taxes, as called for by Alexander Hamilton, paid off our nation's debt in the Revolutionary War. It was the Treasury Department that found itself in the middle of the Whiskey Rebellion, an event that would later be regarded as the first true test of our Federal government's legitimacy. Later, Treasury collected taxes and issued stamps for alcohol and tobacco products in order to finance the Civil War. And during the early part of the 20th century, the Treasury Department enforced the 18th Amendment, and through the work of agents like Eliot Ness, leader of “The Untouchables,” brought to justice those who used the illegal liquor industry to finance organized crime.

Today, TTB employs more than 500 people across the country, including its headquarters in Washington, D.C. and the National Revenue Center in Cincinnati, Ohio. The staff includes highly educated and technically trained analysts, chemists, investigators and auditors as well as financial, legal, information management, and computer specialists.

TTB has reinvigorated its mission of collecting revenue and protecting the public through modernized services and e-government initiatives. The implementation of an all-electronic system for processing beer, wine and spirits labels has drastically reduced the time and cost associated with filing paper label applications and serves to illustrate that TTB is more capable than ever of mobilizing its strengths and transforming its purposes into a truly distinctive, intensely engaged and service-oriented agency.

Today, TTB continues to capitalize on its traditions while looking forward to building new ones in service to America and its people.

TTB. A proud past… a focused future.

Visit the Eliot Knows Archives to see other popular questions and answers.