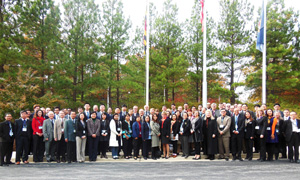 Regulators and industry members from 14 of the 21 APEC countries attended a technical workshop for the Asia-Pacific Economic Cooperation's Wine Regulatory Forum in Washington, D.C, Nov. 4-6, 2013. 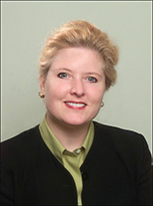 The workshop brought together regulators and industry members from 14 of the 21 APEC economies (Australia, Canada, Chile, People's Republic of China, Indonesia, Japan, Mexico, New Zealand, the Philippines, Russia, Chinese Taipei, Thailand, the United States, and Viet Nam) to discuss good regulatory practices and exchange information on regulatory requirements for wine products. During the meeting, the group considered issues relating to export certification, laboratory capabilities and methods, capacity building, and technical elements of wine production with a view to facilitating trade in wine among the participants. With regard to export certification, participants agreed that such certificates should only be required where necessary to manage identified risk. This would reduce the overall burden of export certificates required for wine shipments among APEC Members. Participants also noted the importance of establishing risk assessment as the justification for regulatory intervention. Finally, all participants agreed on the need for enhanced laboratory capabilities and technical exchanges to ensure that regulatory authorities have the capacity to assess risk and to use sound science in regulating wine.

As the U.S. agency responsible for the regulation of alcohol products, TTB participated in various moderating and speaking roles during the forum, and hosted the group at the National Laboratory Center on November 5th. While there, members of TTB's Scientific Services Division provided an extensive tour of the laboratory, and participants discussed best practices and other issues related to the testing and examination of alcohol products. As a result of the three-day workshop, participants agreed to create public-private working groups to manage the reduction of barriers to trade related to export certification, transparency of regulatory requirements, testing and risk controls, and pesticide maximum residue levels. These working groups will develop proposals for the group to consider at the next APEC WRF meeting, to be hosted by the People's Republic of China in the spring of 2014.

The technical workshop is the first meeting of a 5-year, APEC-approved and funded project on good practices in wine regulation, which is jointly managed by the U.S. Department of Commerce and the Wine Institute. Efforts under this project, such as the WRF, seek to enhance trade in wine between APEC economies through the spread of good regulatory practices and improved regulatory capabilities. APEC wine work is also an opportunity for TTB to support U.S. jobs and promote exports. In 2012, the United States exported $735 million worth of wine to APEC economies, up 92 percent from 2008.

NOTE
Visit our TTB in the News Archives for past stories.
Subscribe to our