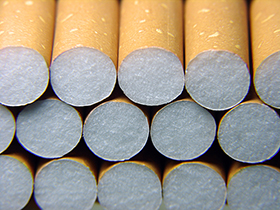 On Tuesday, October 3, 2017, Un Hag Baeg pleaded guilty to conspiring to divert approximately 143 million export-only cigarettes. The conspiracy resulted in the evasion of over $7.2 million in federal tobacco excise taxes.

A copy of the press release may be found on the website of the United States Attorney's Office for the Central District of California.