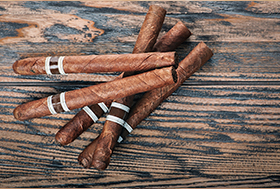 According to information contained in the court record, Rodriguez created false and fraudulent documents which misrepresented, among other things, the quantities of large cigars imported into the United States and the federal tobacco excise tax due for those importations.

Additionally, Rodriguez altered documents, including importer invoices and bank records, and provided these altered documents to TTB agents and employees, all for the purpose of misleading TTB and pretending that he had correctly calculated and paid to CBP the federal tobacco excise tax due on the large cigars imported by the two importers.

A copy of the press release is available at the United States Attorney's Office for the Southern District of Florida website.